Our people are the key to our success. They take pride in their work and are not only committed to the continuous improvement in the performance of our business, it is important to them to also identify areas in which they can help their customers to grow with us. 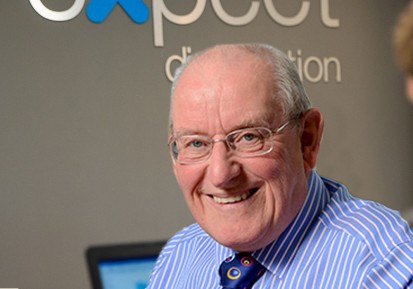 Robert started his transport career in 1965 when the Halifax building company he was working for acquired a local haulage contractor.

Starting as a traffic clerk, and working his way up to Managing Director, he grew and developed the business into a National & International haulier with 29 vehicles.

He founded Expect Distribution (formerly Pennine Parcels) in 1988 as a purely parcel carrier, diversifying into palletized deliveries in 1992, when the company became a founder member of Palletline, the first Pallet Network.

He was a main board director of Palletline for 20 years, and handed over the reins of Expect to his son, Neil, in 2013.

A keen sportsman in his younger days, he now enjoys watching Huddersfield Town and cricket. Listens to Jazz, the Big Band Sound and 60’s music. A keen photographer, loves cruising, South Africa and Portugal, where he has a property on the Algarve. 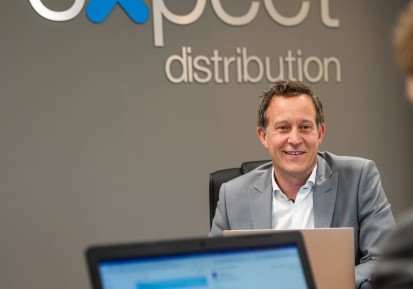 His is overly enthusiastic about Huddersfield Town, his mad Bassett Hound Scooby, live music including his hero Morrissey, eating out and playing squash.

He has a very strange phobia of sharing food.

Personal motto for life – “Go to bed with a dream, wake up with a purpose” 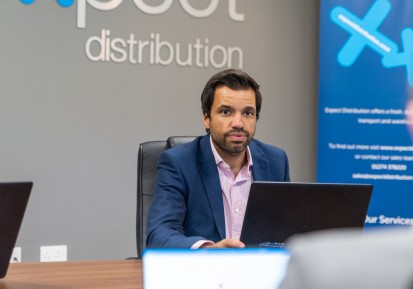 Andy is Expect Distribution’s Director of Transport, which means he is responsible for our Contract operations, our Distribution and Transport division and our Warehouse operations, as well as managing IT.

Andy has been with the business since November 2015, prior to that he spent over a decade working in a wide variety of Logistics roles (you wouldn’t think he looks old enough would you?!).

In his spare time, Andy enjoys spending time with his wife and two young daughters, as well as running and seeing live music. 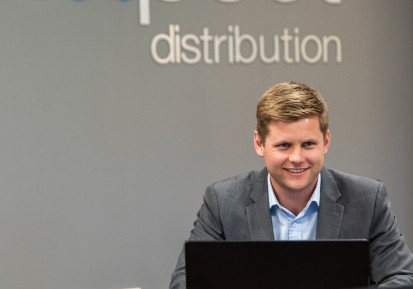 Matthew joined Expect in May 2019 and became Financial Director in December 2019. He is passionate about developing our people to their potential, whilst creating an open environment where they can grow with the business.

He is focused on building a world class Finance team that supports the business to be the best in the industry.

A keen squash player in his spare time and manages to play up to three times a week. Where time allows he loves to travel to new places abroad, often off the beaten track! 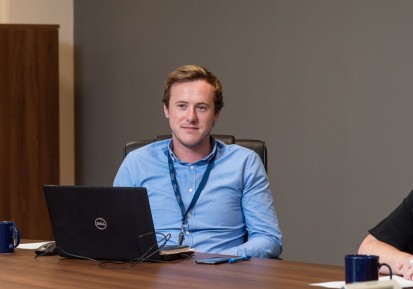 Rob joined Expect in December 2017 as the new Head of Contract Logistics. Rob’s role is to oversee the Contract division, both the customers and operations within.

Having studied Transport and Logistics at Huddersfield University, he then spent 5 years with XPO working within various industry sectors and prior to joining Expect 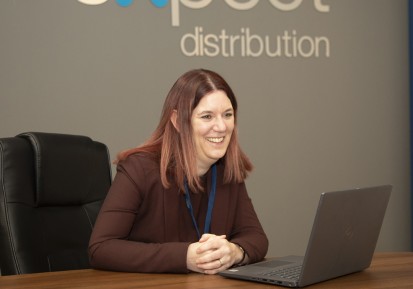 Sophie joined Expect in 2020 and has 18 years experience working in Human Resources in both a commercial and charity setting. Sophie is responsible for the strategic implementation of people practices across the business and ensuring the business has the right resources to continue to grow.

Sophie loves the gym, is a keen weightlifter and is a high ranking martial artist in a number of disciplines. She is known for her passion for all things Doctor Who and Marvel Comics related and has been known to dress up as the Doctor! 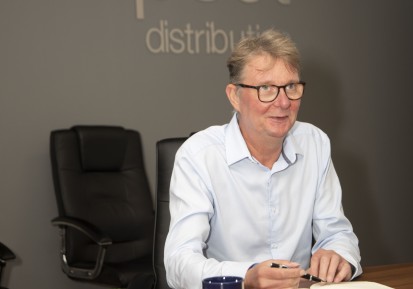 Pat joined the team in August 2021 having previously worked within the Pharmaceutical industry covering manufacturing , storage and distribution.

During this time he gained valuable experience in all aspects of supply chain, logistics and operations over a 25 year period for the same company.

Outside of work Pat likes spending time with friends and family socializing and is a keen Huddersfield Town fan but loves all sports . 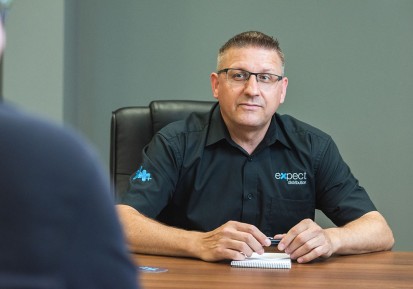 Craig is our longest serving Manager having been with the company since the year 2000.

Originally starting as a Traffic Office Operative he quickly progressed to be the Palletline Department Manager. Craig spent many years learning about Palletline rules and procedures whilst maintaining regular customer and Palletline depot contact.

Now our Administration Manager Craig manages the customer accounts and tariffs on our company software, providing statistical and financial reports to the Directors whilst remaining involved in Palletline procedures and documentation providing staff support and training where required.

Craig enjoys walks with the family and watching one of his daughters play football in his spare time. 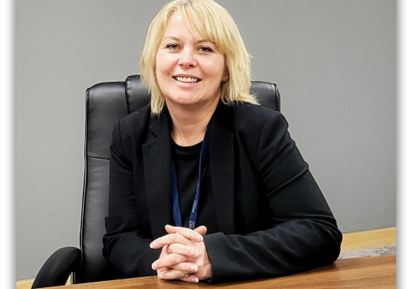 Gemma has worked in Marketing for 25 years, starting her journey in public transport with West Riding Buses and was there during the transition to Arriva managing Marketing within the Yorkshire subsidiary and working the head office in Sunderland to ensure brand consistency was met.

Gemma's big love is music and attends music festivals in the Summer regularly.  In addition, she enjoys spending time with family and good food!! 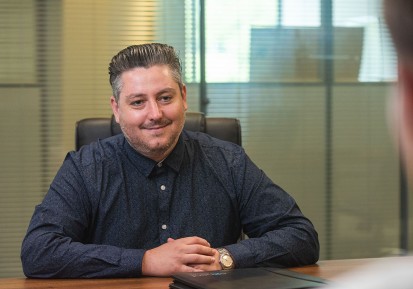 Paul Is the Health, Safety and Facilities Manager for Expect. Paul joined the business in October 2010 as a Warehouse Operative and has held various positions within the company.

The safety of our workforce and valued customer is crucial to which Paul oversees all aspects of.

Paul spends his weekends with friends, family and enjoys walks with his crazy miniature daschund, Penelope. 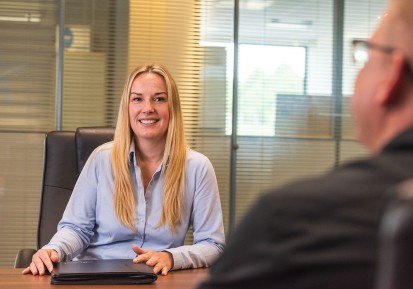 Cheryl has worked for Expect for since July 2018, starting on a temporary basis in the finance department, moving on to a permanent role within the Health and Safety team as a Facilities Officer. In 2019 Cheryl became the Compliance Manager, then in 2020 the Responsible Person & WQP for human and veterinary medicine ensuring Goods Distribution Practice is followed at all time. 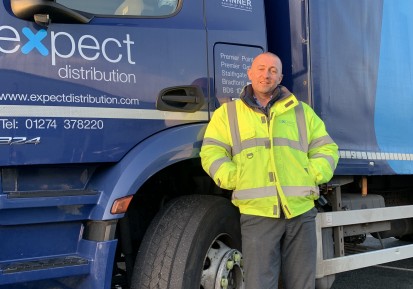 Paul started his career in Transport at Hudson Shepherd Transport in 1987 as a POD clerk, going on to work for Taylor Barnard, Leeds and Pennine Parcels and then over to us at Expect. Paul had previously been an employee with Expect, leaving in 2012 and working at Walkers Transport in Rochdale as a Depot Manager and ADD Express in Rochdale as Northern Hub Manager only to return nearly 10 years later. Paul has been in transport 35 years.

Paul is an avid supporter of Manchester United, watching them as much as he can and he enjoys playing both 5 and 6 a side football.  Paul tells us he's still as competitive as he was when he was 18 because he loves it so much!! 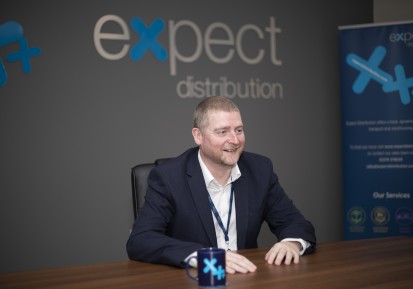 Jason joined Expect Distribution in October 2019 as Fleet Performance Manager, responsible for the efficient planning and running of the fleet as well as the line management of the Transport Team.

Jason has worked within the Logistics sector for over 25 years working on both open and closed book contracts as well as managing large own fleet operations.

In his spare time Jason likes hiking in the Peak District and going to live music events. He is a passionate supporter of Barnsley Football Club. 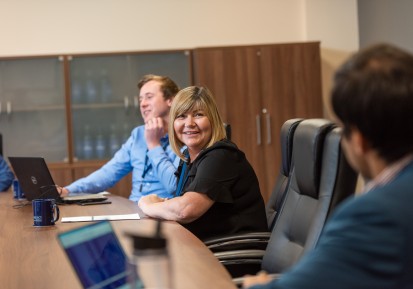 Kirsty is the Customer Excellence Manager for the Transport division.  With an extensive operations knowledge in warehousing and distribution, Kirsty sees her role as ‘the voice of the customer’.

Kirsty possesses a strong sense of urgency with regard to customer satisfaction and enjoys building relationships and improving service and communication.

She is a crazy cat lady who is proud of all her cat show rosettes.  When she isn’t grooming her cats she loves to spend time with family and friends; eating, drinking, dancing and laughing. 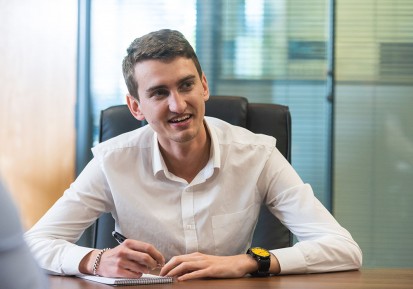 James started in the contracts division of Expect in 2018, having studied Transport and Logistics Management at the University of Huddersfield.

In 2020 James moved into a new role as the Palletline and Partner manager. In that role, James is responsible for the overall performance of the businesses Palletline operation, as well as managing our relationships with both our Palletline and external partners.

James enjoys taking nature and experiencing new cultures. Passionate about motorbikes and motorsport, if not spending time with family and friends, will more than likely be found watching the MotoGP. 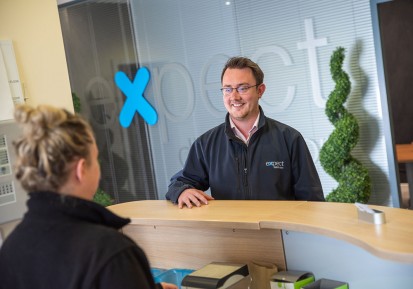 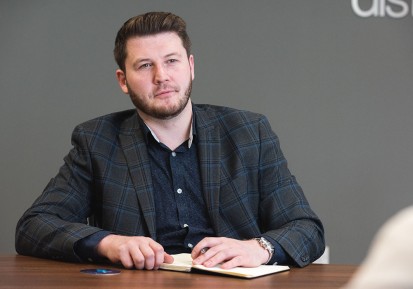 Chris has worked for Expect Distribution since the tender age of 16. Leaving school and committing 12 years of hard labour. Chris is an enthusiastic, knowledgeable and all round nice colleague, constantly putting smiles on people’s faces.

Chris has always aspired to become a department manager and through hard work and commitment he has achieved his goal at our Premier Point warehouse facility with 9500 pallet locations in a 100,000sqft warehouse.

Outside of work Chris enjoys socialising with friends and spending time with his family. Chris has recently taken up mountain biking and is contemplating returning to the gym. 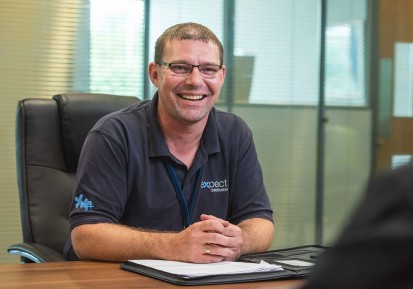 Martin joined Expect in January 2018 as Warehouse manager for storage at their Premier Point site.

His background has always been warehousing and prior to this Martin worked at Eddie Stobart for 14 years.

As a father of 6, all of Martin’s spare time is taken up spending time with his family. 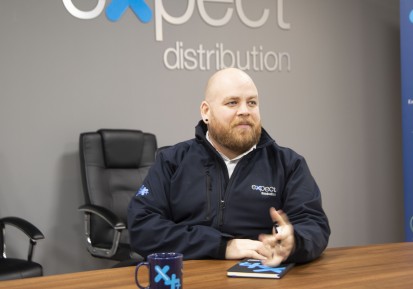 Chris joined the business in June 2021, he previously worked as an Operations Manager within a growing Ecommerce logistics company.

His background is in both retail and 3PL logistics for almost 10yrs, before moving to Expect to join the Beaphar Team.

Outside of work Chris enjoys spending time with his wife and young son, more often than not outdoors somewhere on “Adventures” ( as his son calls them).

Chris is generally passionate about anything with wheels, and has a classic Landover Defender called “Biffa” and if he isn't in it, he is underneath it fixing something. 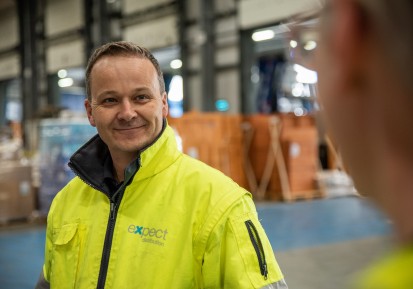 For the past 20 years Jason has worked in warehousing and distribution. The majority of time within Retail, wholesale and ecommerce.

Jason likes the difference here at Expect  with the fast paced environment and the analysis continuously looking at other ways to further improve our performance.

Out of work Jason is a qualified FA coach and coaches his eldest son’s football team. His middle son also plays football and Jason has no doubt that his youngest son will end up doing so too.

Jason’s 2 eldest sons are mad Bradford City fans. So when he isn’t watching them play football he is taking them to watch the mighty Bantams!

Not so long ago a family friend asked Jason how he measured success. 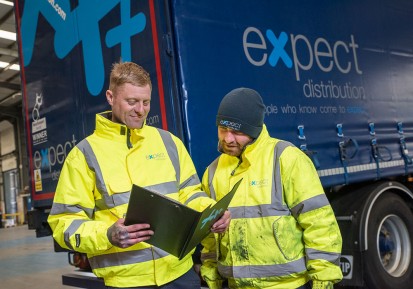 When asked what he enjoys most about his role he said that it is the great team that he works with.

Previous to joining Expect Carl spent 15 years working for another distribution company based in Elland, in his home town of Halifax.

In his spare time Carl enjoys spending time with his children, socialising and travelling the world, so far he has travelled to 37 different countries. 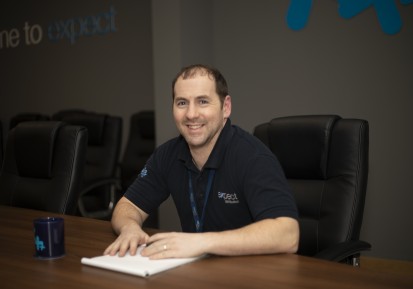 Mick joined the company in 2017 after previously working for Walkers Transport for over 10 years. He enjoys working for Expect as "no two days are ever the same"

Mick is father to 2 beautiful boys and loves to keep fit going to the gym as well as spending as much quality time with his family as is possible. Mick is a big Leeds Rhinos and Leeds United fan. 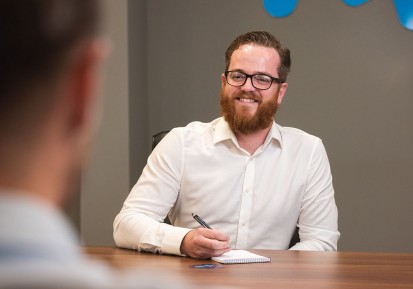 Daniel is the Contract Manager for our Borg Warner Warehouse based at Woodlands since 2019.

Since starting with Expect in 2011 he has been in several roles from Administrator at our Low Moor Site to progressing to Warehouse Manager, followed by Warehouse Manager at Grattan and then moving to his current role at Woodlands.

Daniel enjoys spending time with his family and dogs.

Learn More About Us 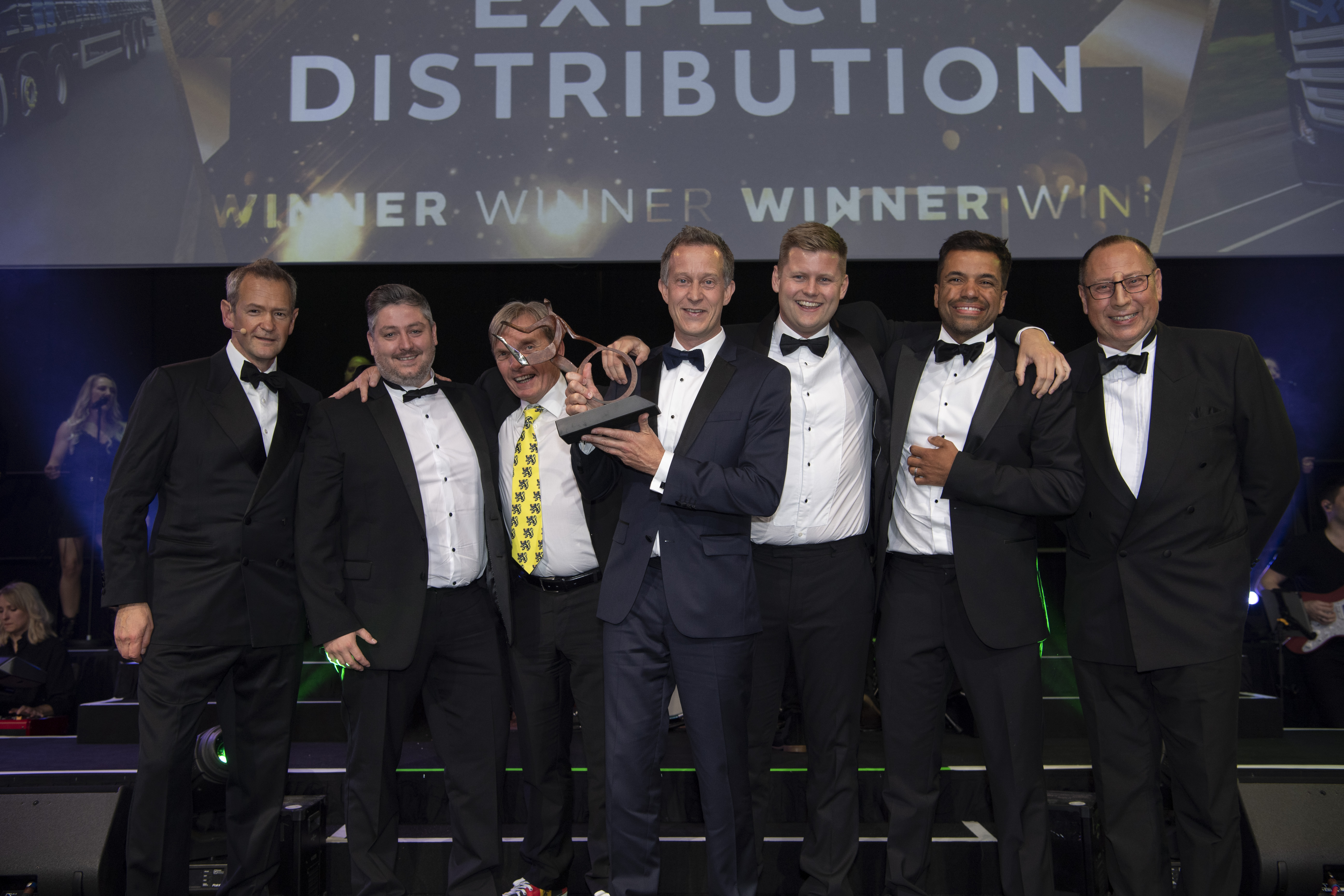 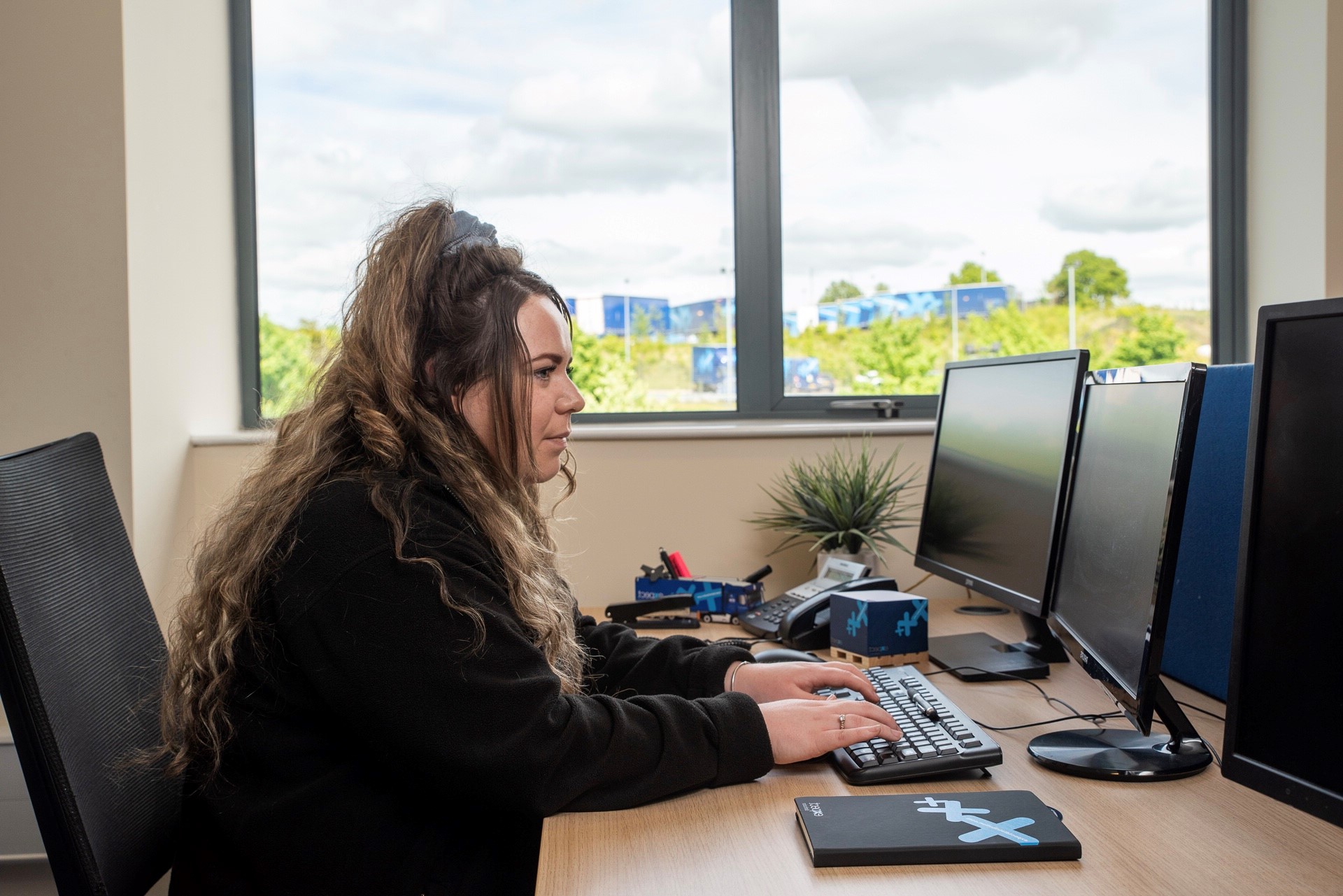 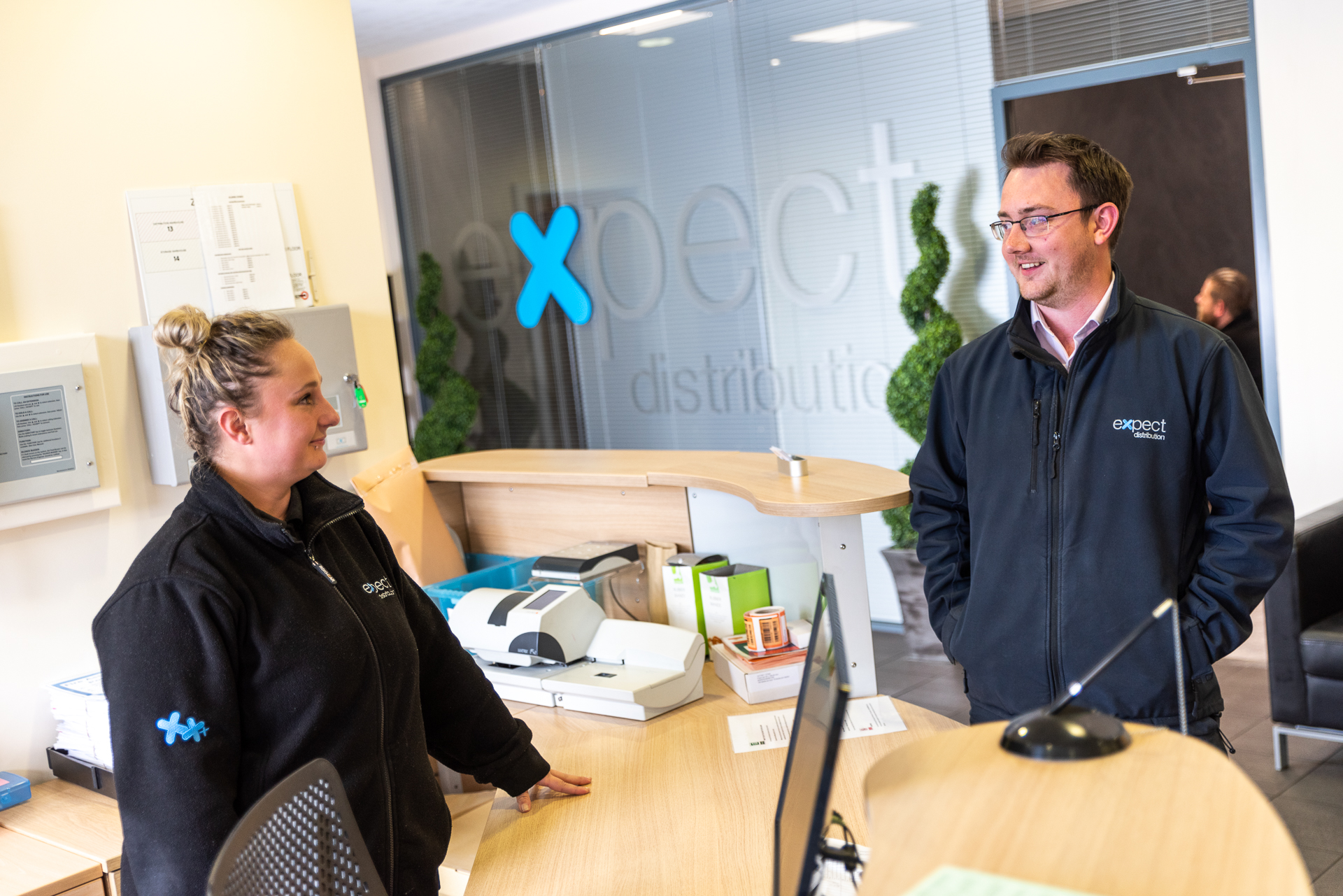 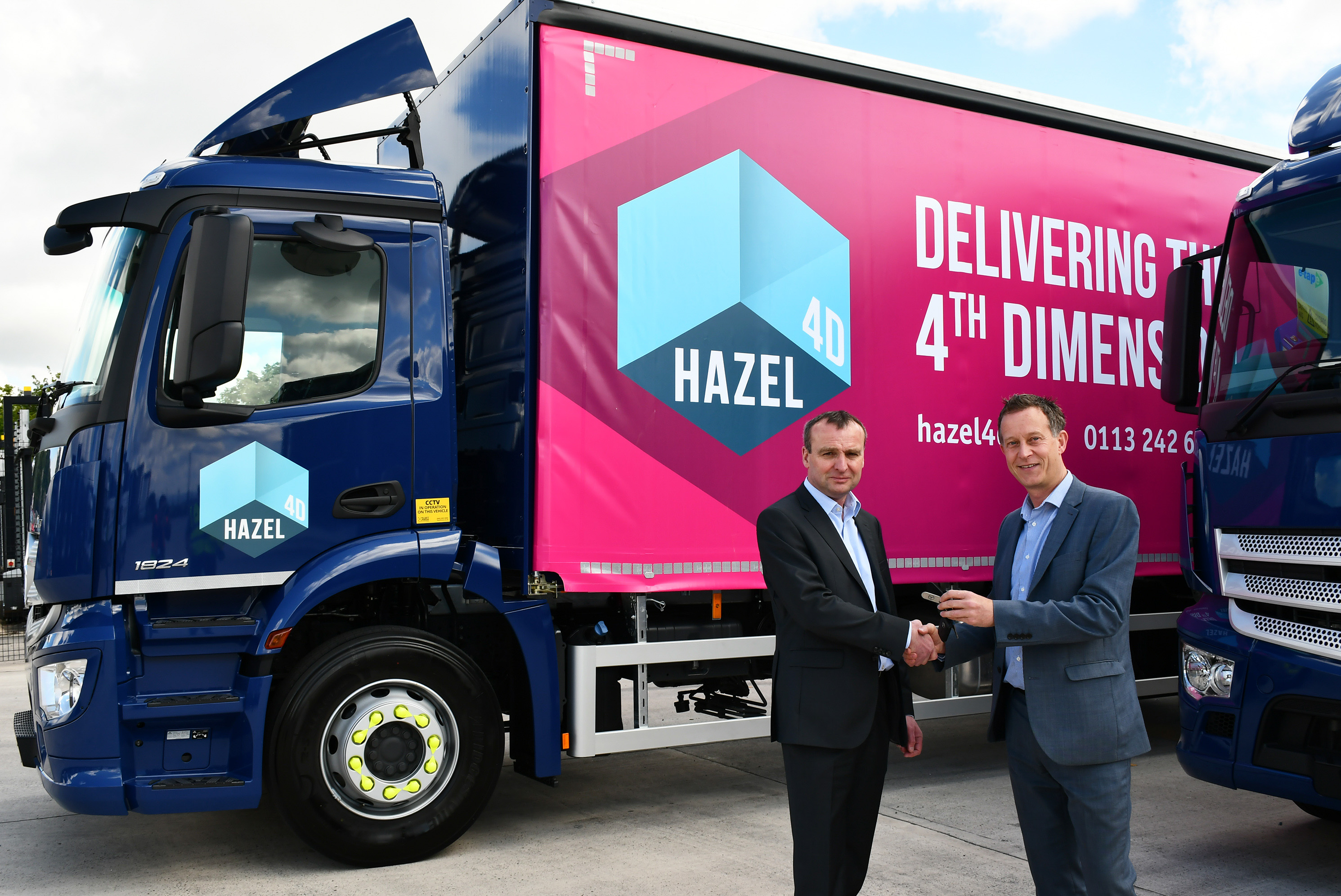 We are a shareholding founder member of Palletline

We are an integral part of this forward thinking group of over 90 experienced and professional hauliers. We work together to provide reliable and cost effective delivery solutions nationwide and into Europe, ranging from single pallet to full load consignments.