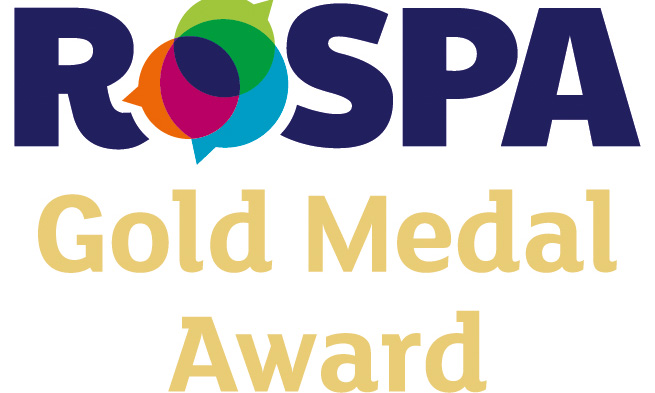 Expect Distribution is celebrating after landing the internationally-recognised award for demonstrating high standards of health and safety for the fifth consecutive year.

Organisations receiving a RoSPA Award are recognised as being world leaders in health and safety practice. Every year, nearly 2000 entrants vie to achieve the highest possible accolade in what is the UK’s longest running H & S industry awards.

To be continuously recognised by RoSPA is a fantastic achievement and highlights the support and efforts of the whole team in ensuring that Health and Safety is paramount in all that we do as a business. I would like to pass on my personal thanks to everyone here at Expect for their continual involvement in achieving this award over the last 5 years”

Julia Small, RoSPA’s head of qualifications, awards and events, said: “The RoSPA Awards scheme is the longest-running of its kind in the UK, but it receives entries from organisations around the world, making it one of the most sought-after global accolades in health and safety.

“RoSPA wants every employee, wherever they are, to work safe in the knowledge that they will be going home unharmed and healthy at the end of every day. The RoSPA Award winners are vital to help achieve this goal, as by entering they are driving up standards and setting new benchmarks for organisations everywhere. Currently, around 7 million people are directly impacted by the RoSPA Awards, but the scheme’s influence is even wider.”

The majority of awards are non-competitive and mark achievement at merit, bronze, silver and gold levels. Gold medals, president’s awards, orders of distinction and the Patron’s Award are presented to organisations sustaining the high standards of the gold level over consecutive years.

Competitive awards go to the best entries in 24 industry sectors including construction, healthcare, transport and logistics, engineering, manufacturing and education.

There are specialist awards for health at work, environmental management, safety delivered outside of the workplace, and fleet safety, and excellence trophies for the best international organisation, new entry, workforce involvement, leisure organisation, and organisation operating or based in Scotland. RoSPA’s top accolade is the Sir George Earle Trophy.

Headline sponsor of the RoSPA Awards 2020 is NEBOSH – the National Examination Board in Occupational Safety and Health.

For more information about the RoSPA Awards visit www.rospa.com/awards